on November 23, 2019
Led Tactical is a high performance led flashlight torch generally used by law enforcement, soldiers etc.  In simple words, you may say it as a very bright light. Due to its brightness and powerful output, it became very popular and many are buying this product these days. It would be very useful and handy while going hunting, hiking or any outdoor night campaign. 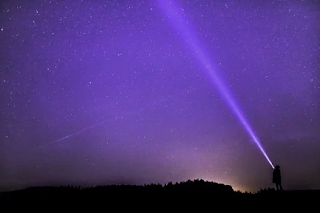 There are many variations from different brands available in the market. You can get it according to their performance, features and price. Though many are available, choosing the right one could be tough. If you are the first time buyer then this brief post will show you that how to select carefully the best tactical light for yourself with point by point.

It is about tactical led flashlight so, it also about its led light that is inside the torch. If you want your torch to go long lasting and deliver high-class performance then it has to have original led from Cree Inc.  You must be thinking why cree led? The answer is simple; Cree Inc. is an American electronic company, which invents high-class led. Intense bright light, energy efficient and long lasting performance are the main qualities of of its cree led.  That is why most of the tactical light manufacturers companies trust on cree led and with this combination they able to create a quality flashlight torch.

2. Lumens Count
Next point is about its brightness or lumen. Lumen is the total output light thus, more lumens means more output. For example, if you buy 12-watt syska or bajaj led bulb, you will find 100 lumens per watt printed on cover. It means when you calculate 12* 100 lm then you get 1200 lumens. Many manufacturer company or brand claims their flashlights have higher lumen such as 4000lumen or higher but reality is bitter.

Let us make it clear by little example. Suppose two different sellers sell two flashlights with different lumens online. The first is 2000lm, the other is 1000lm, and the prices are different. Though they claim different lumens, their leds are of same XML-T6 categories.  Now which one will you choose?  Besides price, everybody worries about lumens. If you want to know real output of torch that you are purchasing then you need to know about its led first. Both described here are having XML-T6 led. XML is comes under Cree XLamps led and T6 is a sub-category it. According to Cree XLamps, the maximum output light of XML is 1040lm and it could give 100lm per watt at 3 Amp. 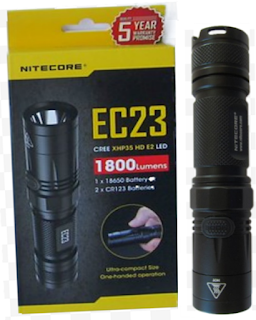 Now, it is very clear that the first torch is here as 2000 lm, delivers same output as the second one. Therefore, before having it one, you should know about the led’s output and to know more, there is a website called cree.com. In the website, you can find variations of led with specification such as types of led, name with image, maximum lumen output, amp needed etc.  Go, check and match its lumen in order to find your torch as well as save money.

3. Features & quality-
If we talk about features then some of the common cool features, which you can get along with the torch, are strobe function, sos signal, zoom function with low and high light etc. Other then these you can get inbuilt charging point to recharge your torch and obliviously it fully water resistance adds extra features. Rest quality depends on money so; you may choose the features, which you want in the torch.
Helpful Tips